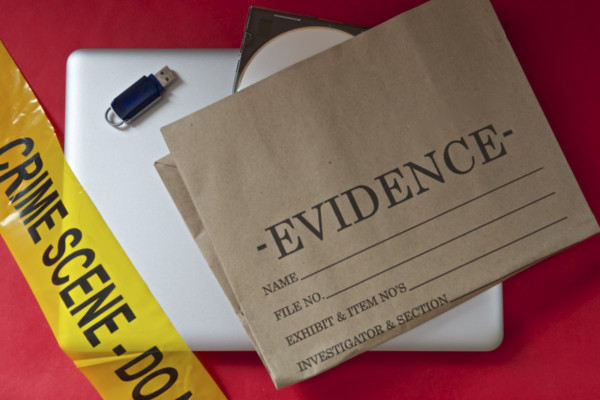 South Florida is home to beautiful beaches, sunny days and exciting nightlife. Although there are many court reporting agencies throughout the country, I consider myself fortunate to be a Fort Lauderdale court reporter. I work in a place where people consider paradise. But just like any city or county in the United States, there is crime. When you turn on the TV and see a barrage of three-minute snippets of the day’s terrible events, it catches your attention for that moment. You think “how awful!” but then go about your day. Working as a stenographer, you hear from beginning to end how cases unfold.

I was the court reporter for a retired judge who had a reputation for being tough on crime. He was nicknamed “The Hanging Judge.” Our division was strictly a criminal trial division and we averaged 85 jury trials in six months. We always were pulling juries, had one “in the box” and one out deliberating. I was his exclusive court stenographer, so you can imagine how many appeals I had. My days were routine procedurally, yet what I experienced on a day-to-day basis was not.

As the bailiff went down to the juryroom to pull our jury panel, the Judge would read the Information, which lists the charges the defendant is accused of. We tried anything from resisting without violence to murder. The prosecutor and the defense attorney would make any pretrial motions before the prospective jurors were brought into the courtroom. When all motions were completed, the prospective jurors would enter the courtroom. A court reporter’s job is to listen and observe and I always watched the potential jurors enter the courtroom. You could tell by their body language whether they were nervous, upset, cold or ambivalent. After the voir dire process had finished and a jury was selected, opening statements would commence. Each side would encapsulate their case to the seated panel and witnesses would be called.

One of the cases I reported was an attempted murder. The first witness for the State of Florida was the victim, who approached the witness stand in a wheelchair. He was missing a large portion of his jaw. As he testified, he recounted how he was ordered to his knees and a gun was forced in his mouth. The next thing he remembered was waking up in a hospital. It was alleged that the defendant had pulled the trigger and it was a miracle he was alive. I am giving you the Reader’s Digest version of the events but to see him testify live and to hear in detail what lead up to the shooting and the aftermath was unsettling to say the least.

Then there are exhibits…..

Some Court Reporting Exhibits are Gruesome …

I remember on one murder case I was reporting, the attorney representing the State of Florida wanted to introduce autopsy photos. There was an objection from the defense and we went sidebar. These were some of the most gruesome photographs I have ever seen. The victim was shot execution style in the head and the pictures depicted the face after the Medical Examiner had taken off the skin. The purpose was to show the trajectory of the bullets. That wasn’t so bad. The added issue was the victim was found days later and the Florida sun does not bode well on a dead body. Needless to say, it was horrific. I remember the Judge ruling that one photo could not be shown because he was concerned that some of the jurors “would fall out of their seat”. There is a distinct difference introducing an inflammatory photo versus one that has probative value. The jury was spared the experience of seeing that image but court reporters are not. That trial was 15 years ago and I still remember it.

The first year working as a certified court reporter in that division was tough. This wasn’t a 9-to-5 job where you punch the proverbial clock and leave work at the office. After years of reporting in this division however, I became somewhat anesthetized. It was a slow process that I did not even realize was happening. I still appreciated the severity of the charges, it just didn’t affect me the way it had in the past.

In the end, I credit my experience working with that particular judge in that division to who I am today, both as a person and as a court reporter. It molded my confidence of being able to report any trial, hearing or deposition. It’s ironic that the events you feel will break you are truly the experiences that will make you stronger.